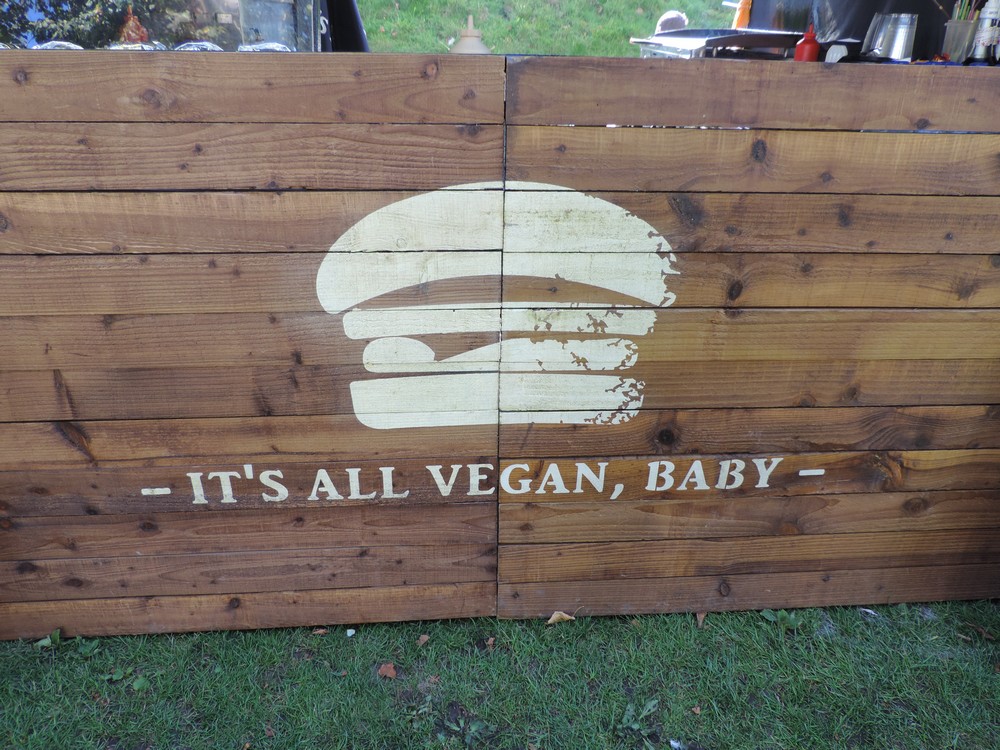 Those who are used to read me know I absolutely love to talk about food. Great grub is a real passion. Sometimes it’s a problem, sometimes it’s a pleasure. Today I take you with me in my shopping basket to Canterbury’s Food Festival.

Since I became vegan (eating a few times a year only vegetarian when I found myself back to the wall) traveling became an adventurem with good surprises like in Spain, and less good like in Hungary (Once again, I will need to tell you about this). Everything day is an excuse to discover new flavours and United Kingdom is not exception to that.

I naturally overjoyed when I heard there was a food festival in Canterbury itself and for a whole weekend. UK offers more veggie alternatives than France from my experience, and I was sure I would find some hidden nuggets between all these food stands, and I found myself right.

For many reasons, I could only go half a day to the festival, even if it stayed for three days, between Friday 22th, Saturday 23rd and Sunday 24th. I tried to make the most of it, going there with an empty stomach and coming home on a full stomach.

By chance, it was a splendid day, a real Indian summer to enjoy stands and music, between two bales of straw. All stands seemed more fantastic the ones from the others. I won’t lie there were not that many vegan possibilities, but I manage to find what I was looking for.

I started with a Not Dog with cheese, which is a vegan hot dog with fake meat/cheese, from The Vegan Burger Bar. I was served really quickly and the taste, the visual aspect and the texture were astonishing. I only regret that the vegan cheese was cold, but it is a good surprise for less than £6.

I then moved to a burger and nachos from Manjula. A real food truck. It was a tough choice to make as I was starving everything, but I had to do something! I hesitated for such a long time with a burrito, or an Indian recipe but my passion for burgers won over. It was deliciously rich and substantial for £7. Unfortunately, the cheese was once again cold, which broke the nachos experience.

As my stomach was beginning for mercy, I finished with a small tasting of dark chocolate,  from a local production of The kent dark chocolate company. There were even Advent calendar, a bit too early but really interesting for a chocolate fan like me. I went home with a vegan milk chocolate bar from the brand So Free. I tried later their dark chocolate spread; a success!

A good adventure for my little belly, that now asks for more. Before coming back with new culinary adventures, I wish you to make the most of your weekend. See you!