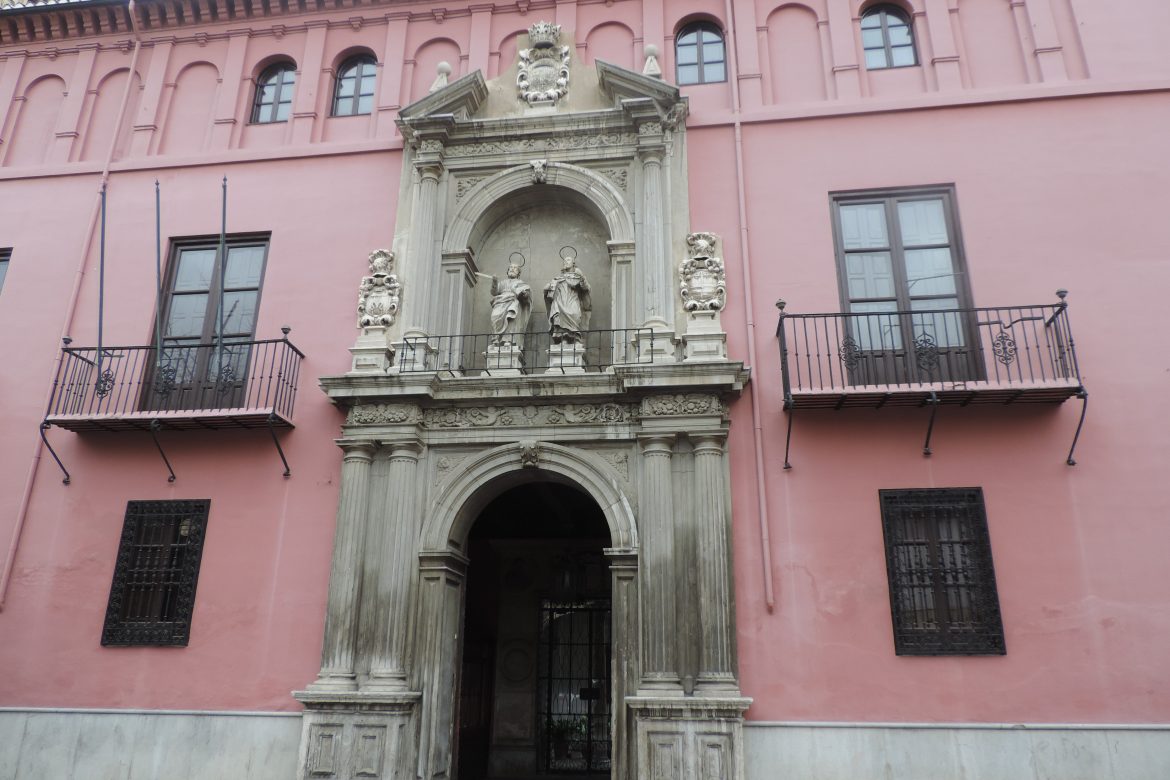 Come and discover some tips about Granada: how to find a flat, what is the orientation week, where to find a SIM card, where to do groceries, go shopping, read, watch a movie… everything you need to know to move to Granada!

There is only one rule: do not book or pay for a flat without seeing it. It is indeed a bit more difficult to find a place during the second semester than during the first one, but it is not impossible. I I had only one tip to give you, it would be to san all the facebook groups such as “ESN Granada Alojamiento” or “Pisos en Granada” where you can find a room between 150 and 400 a month everywhere in Granada. When I arrived I immediately visited flats that I found on internet: the day after I was signing my contract. If you want to stay close to the city centre, look into those areas: Puerta Real, Plaza Nueva, Plaza Garcia, Plaza Trinidad etc.

If I have another tip, be careful with real estate agency they can be doughy and ask a lot once the contract is signed. Try to find a place from a local person.

Every faculty organise its own « big first meeting ». The faculty of translation’s one was in the campus of Fuente Nueva. This meeting is essential and mandatory: first it allows you to know more about your faculty, the city and the Andalusian accent (“what is that person saying? I can’t understand”) but it also allows you to fulfil administrative papers you have to hand in to the international relations office.

They will also advise you to go to Oficina de Extranjeria (Calle San Agapito, 2) of Granada, near Cartuja, to do your « Certificado de registro de Ciudadano de la Unión », (or other thing If you don’t leave in European Union) which is mandatory for every European resident staying more than 3 months in Spain.

I advise you to ask for an appointment in the morning because once the first part of your enrolment done, you’ll have to find the nearest bank to pay a 10 euros fee and make them sign an attestation: they only do it on mornings. After paying your fee, you can go back to the Oficina de Extranjeria to finalize the enrolment.

Everyone use WhatsApp in Spain because it is more practical and less expensive. You just need to find an internet or phone service provider such as Vodafone, Orange etc. to get a new card. They will give you a new Spanish number but you of course keep your own for WhatsApp. I advise you to take a 10 euros/1 Go card, the prices are the same everywhere and most of the time, you get 2 Go for the price of one, without obligation.

You’ll be able to please yourself with food! (but don’t forget to eat five fruits and veg a day). Tapas are very cheap in the south, you can eat for 5 euros or less for two drinks and two tapas (If you’re not pushing yourself too hard)

For the groceries, the cheapest store is Dani, that you can find everywhere. For instance, a bunch of vegetables to do a ratatouille (ah, French people) such as 5 tomatoes, 2 eggplants, 2 zucchinis and some onions will only cost you 1.5 euros. If you want more choice, then go to Dia, or even Mercadona for a bigger supermarket. But stay away from Carrefour Express or Coviran, they are way too expensive!

Just next to the faculty of translation, there is the bakery called Granier, which makes the best bread in town! (bread is indeed not the speciality of Spanish people) French Erasmus tend to think it feels like home.

If you like sport, you’ll be happy to know there are lot of different gyms in town local ones or even chains. I personally chose Viva Gym on some Spanish friends’ advice because the instructors were nice. If you like a tattoo or a piercing, you have to know that it’s way cheaper there than in France, for example. For instance, a piercing that would cost 50 or 60 euros in France, will only cost you 20 in Granada; and a tattoo that would cost more than 300 euros will only be 130 in Granada. Ready yet?

On a more « intellectual » topic, there are also really cool bookshops in Granada.  Next to the faculty of translation, you will find Ubu Libros that offer books starting at 1 euros, or Libreria Picasso that puts so much effort in their shop windows with monthly themed decoration (crime scene, Moroccan tea house etc.)

If you like to go to the cinema, Megarama is the nearest of the city centre, but you will only be able to see movies in Spanish. If you don’t feel ready for that yet, you can still go to see movies in Original Version at Kinépolis.

Where to eat in Granada ?

El Delirio is a Mexican restaurant as you could guess from its name. They make wonderful tinto de Verano and offer both tapas and plates. I had the chance to test both. For the tapas, just ask for a vegetarian alternative, it’s not a problem. For the menu, they offer vegetarian and vegan alternatives.

To find the other good restaurants in Granada, click here.