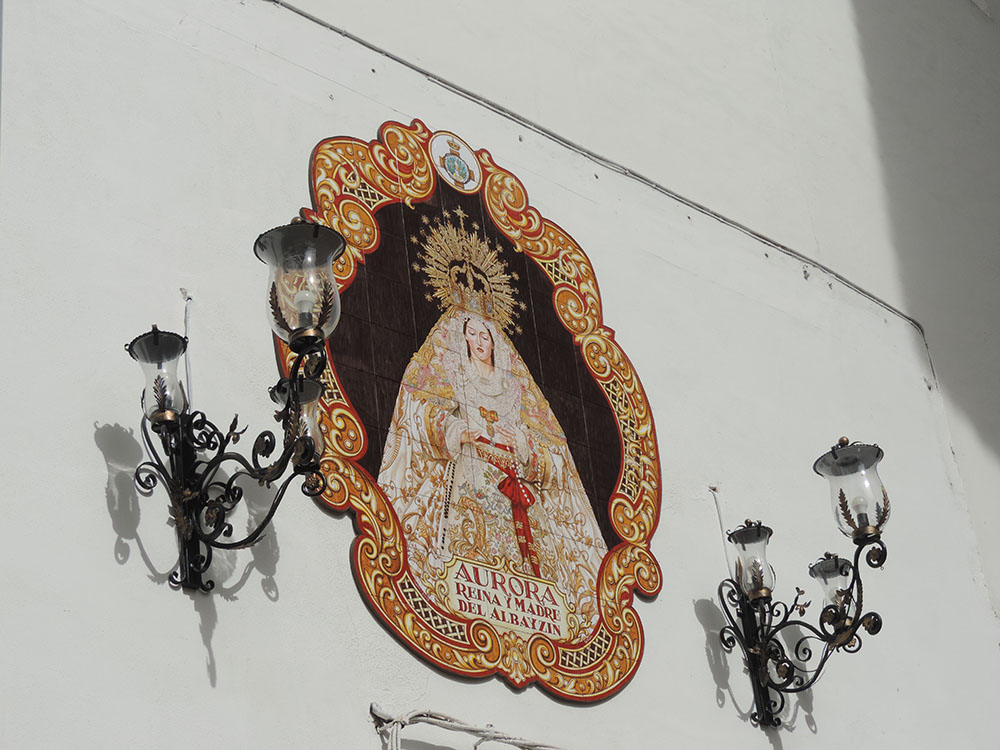 Today we star tour visit with the historic centre of Granada. I really hope you read my first visit of Granada with my roommate. Are you ready for the next one? Here we go ! I a m not an history teacher nor a touristic guide. But if you want to learn more about our beautiful city, I suggest you take a free walking tour during your stay with Walk In Granada. They organize different tour of approximately 2 hours every day: the city centre, the Sacromonte and the Albayzin. The tours are available in English and Spanish. At the end of the tours you can give whatever you want to value the work of the guide. In short, eco-friendly tourism.

We start with the Palace « of Madraza ». Its name comes from the Arabic word “school”. During the catholic Reconquista of the city, the Cardenal Cisneros ordered to burn every Arabic book. The amount of knowledge lost is unimaginable. Today, the building belongs to the Granada University.

What you can see here, is one of the oldest « graffiti » of the city. It is an inscription on one of the wall of the Cathedral made from vegetal oil and a bull’s blood. The building has only one tower out of the two planned because the city didn’t have enough money at that time. Various floors were re-built because of demolition and crumbling.

Here is the place Bib-Rambla, where the ancient Muslim market took place. We used to call it the place of “amputated hands” because people amputated the hands of thieves to expose them after. Next to that place you can find the entrance of the Alcaiceira, where nowadays you will encounter little Moroccan shops. This a narrow street to prevent thieves to escape by horse. People could buy ceramics with different colours and signification: white for the purity of women, blue for water and green for nature.

Here we are at the Corral of Carbon, where you can enter freely. It was a former Muslim market, turned to a carbon market by the Catholics in the 14th century. The small fountain you see was supplied by two different springs. This way, inhabitants could still have water if one of the river was contaminated by the enemies.

We continue our visit by the Albayzin, to which I will dedicate one of my next article, before joining our next meeting point. This neighbourhood was built in the upper side of the city, on the hills, to create a new effective defence: the historic centre was on a flat surface, way to accessible to enemies.

Let me show you the house of one of the most famous flamenco singers of Spain, Enrique Morente. Did you know Granada’s speciality was flamenco directly danced on the floor of the Sacromonte’s caves? You won’t see that anywhere else in the country! I really hope I will be able to see one of these shows before I leave.

This is a 11th century church, which was destroyed. Only the tower remains. Can you see the well that is now closed by a wooden door? It was a water spring for the church and the inhabitants of the neighbourhood. They used to place a turtle down there to make sure drinking water was safe. If the turtle lived they could drink, if the turtle died it meant the water may have been poisoned. 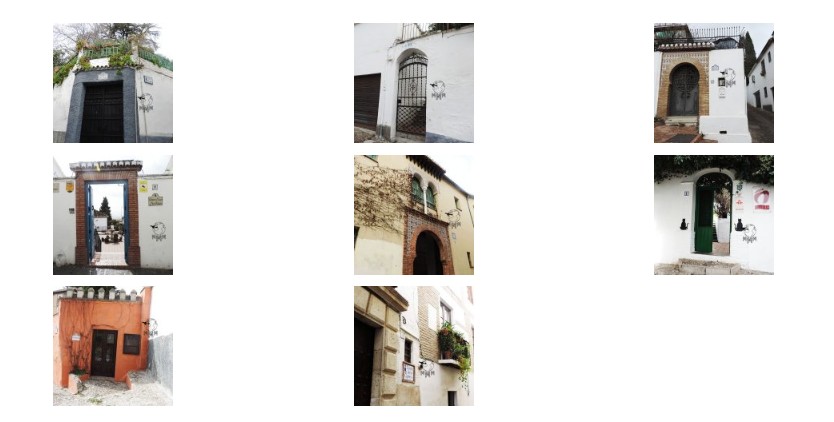 Now we continue with the famous Carmen. Their name comes from the arabic “Karm” which means “vineyard” or “paradise”.  These sumptuous houses belonged to rich Muslims before being taken by Catholics. A Carmen is composed of a great house in the Albayzin with a view on the Alhambra, a garden with a “pool”, some fruit trees such as citruses and high walls, to not show the richness of the inhabitants.

Follow me now the monastery « Santa Isabel la Real », which belonged first to the gardens of the Palace Dar-Al-Horra. The “cloistered” monks dedicate themselves to the fabrications of sweets that you can buy though a hidden revolving door. You can only buy them if you say the magic formula. You won’t see the monks, everything is done by the door. 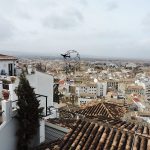 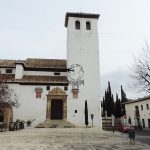 And we finish the visit with the mirador San Nicolas and its church (soon the be rehabilitated), which is, without a doubt, the most famous and crowded point of view of the city. You can see everything from this place: The San Miguel alto church at the highest point of the city, the Generalife and the Alhambra; the neighbourhoods of Albayzin and Sacromonte. You can also admire the mountains and the “Suspiro del Moro”, literally the “Sigh of the Moorish” where the king Boabdil stopped to look one last time Granada before it was taken back by the catholics. History says he cried and that his mother, Aicha Al-horra told him “You cry like a woman because you were not capable of defending your city like a man”. What a loving mother.

A perfect place to finish our walk, isn’t it?

Where to eat in Granada?

Granada’s speciality is the Pionono. I went to the bakery El Sol but you can find them everywhere in the city. It reminded me something like a soaked cannelé (from Bordeaux), like a baba rum. I chose the classic one but there a lot of different flavours. I also tasted the Felipe which is a pastry with meringue.

Find the other addressed to go and eat in Granada here.