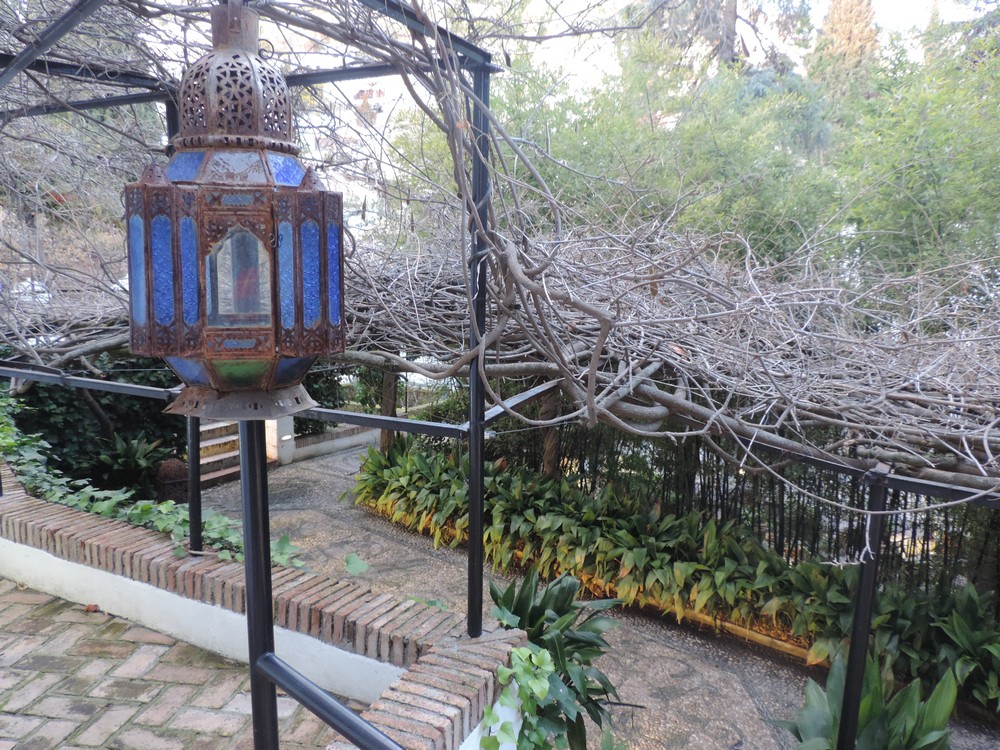 Hey everyone! How are you? Tired by our last week visit? I hope not! We have so much to see in Granada. Are you ready to discover the Albaycin with Walk In Granada? (You can also find the orthography Albayzin). But first what is the Albaycin? It’s one of the oldest neighbourhood or Granada, where you can these typical white houses and carmenes. It is also part of the UNESCO world heritage. Now that presentations are made, shall we go?

The Albaycin is really wonderful. In this place, you can find a Muslim atmosphere. Which is totally normal, as the Moor population lived for eight centuries in Granada, before the Reconquista of 1492 by the Catholics. Since that day, Catholics started to modify the buildings of the city… starting with mosques. Can you see these 3 globes and a cross on top of them? The spheres symbolize the three celestial worlds of Muslim faith (there are different interpretations possible.) This is the sign that this religious building was once a mosque before being a church. The cross on top signify “the catholic faith won over the Muslim faith”.

Here, you can see the armouries of a family, from the 18th century. This one is a little bit odd… They chose a pig as their symbol, while other families tended to choose a lion or a wolf… A pig was not seen as a glorious animal, especially at that time. But it meant “we are a good catholic family and we eat pork”. Very subtle.

As I said during our visit of the historic centre of the city, things started to change for Muslim habitants with the arrival of Cardinal Cisneros in 1499. He ordered the burning of every Arab book and many other things… The capitulation order of Boabdil was cancelled, there was no respect for Muslim anymore: they could either convert to Christianism or run away. (or be tortured, because we speak about the Inquisition…)

We are now at El Bañuelo , a traditional hammam that belongs now to the company Dobla de Oro. You can discover the city with ancient moor houses and monuments. I especially liked that visit because the architecture is splendid. During the “Christianisation” of Granada, hammams were forbidden, there were seen as means of socialization and doing so, of conspiracy… As at the roman baths, you could find a hot, temperate, and cold bath. 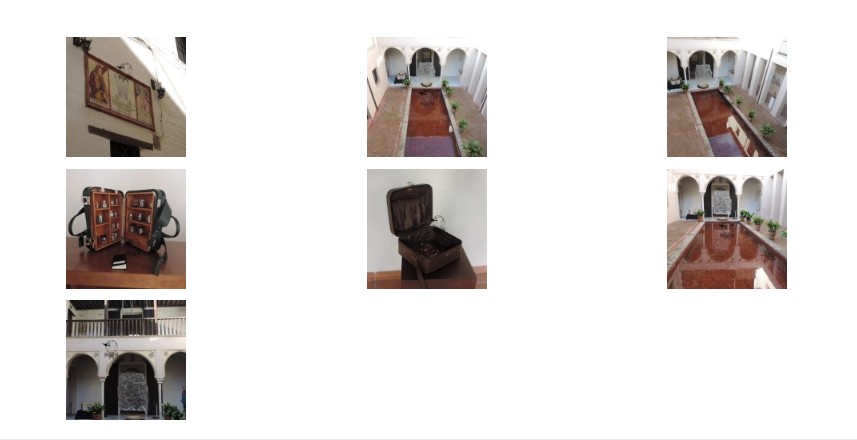 We went by the Casa Horno de Oro, and if you want to see more, don’t forget to visit the Casa de Zafra ! The entrance of each monument of the company is 2 euros approximately. But, a secret, entrance is free on Sundays… if you can to keep your weekends busy!

The Mezquita Mayor of Granada was erected in 2002. It is the first mosque in the Albaycin 1492! It is such a beautiful place, with gardens and a view point of the Alhambra. It is worth checking out.

The Alhambra (that we will soon visit together) has been ruled by 32 different kings, but only 9 made a contribution. After the Reconquista, the king Charles the Fifth wanted to add something else, therefore you can now find the Palace of Charles the Fifth just next to the Alhambra. It looks like a big open-air theatre, inspired by antiquity.

Let me tell you an anecdote, that could be a storyline of the Young and the Restless. The penultimate king, Abû al-Hasan `Alî fell in love with a Christian prisoner, named Isabel. You can imagine that his wife, Aicha, was not really happy about it. During his absence, she crowned their son, Boabdil. It started a civil war between the habitants that worshipped the father and the son… Catholics took advantage of that, they were waiting for year for Granada to be weaken so they could attack it. They did and conquered the kingdom in 1492.

You know the rest and Aisha’s famous sentence, I told you about it in my last article. Boabdil went into exile in Morocco but he was not welcomed as a King, he was seen as the man who lost the last part of Andalusia the moors still had…

This is the only door that remains from the 11th century. We can say that it has a “elbow” shape. As a defence, the walls take a turn. This way enemy riders could not gallop to escape or attack. Or they could, but would hit a wall.

There is also a legend about the creation of the Sacromonte’s caves. It is said that during the Spanish Reconquista of Granada, rich Muslim men hid treasures in the hills of the Sacromonte before going into exile. They wanted to come back and look for these treasures but they maybe never did. Since that day, countless of men went looking and digging for these treasures, but they were not successful.

In the Albaycin, you can also find churches, one of my favourites is the Church of San Gregorio Bético. It is very small but wonderful. The white veils you see there, are religious women, nuns I suppose, praying. 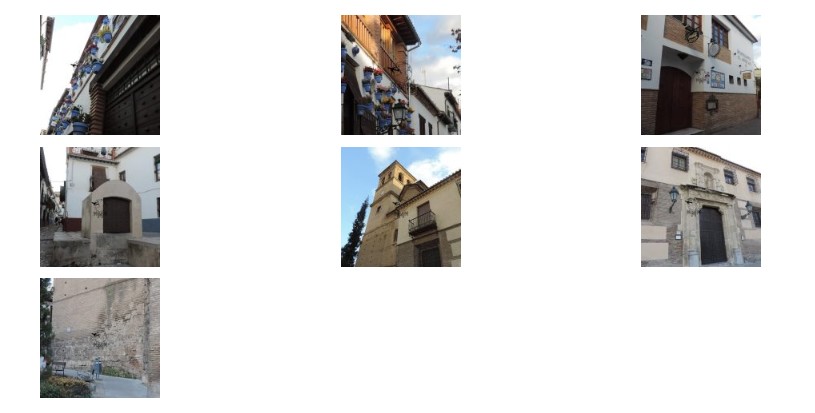 I really hope you liked this visit, I’ll see you next week where I’ll talk less and show you more. We will follow the trail of street art in Granada…

Were to eat in Granada?

El Ojú is a real vegan jewel. Both tapas bar and restaurant, everyone will find the right match. I often go there for tapas: If I may, take the tortilla, the hamburgers and everything made with seitan. Glasses of wine are cheap and you can taste a local and organic cola! But If I were you, I would not take the “carne con salsa”, if the taste isn’t bad, the stringy texture reminds me of lamb meat… Not for me! The rest is wonderful: I tried one of their lentils steak hamburger (as a real meal, this time) with homemade fries, I couldn’t get enough! To finish, a creamy strawberry cake (I took it to takeaway, so forgive me for the bad presentation). The whipped cream is made with coconut! Bonus point: the staff is funny, nice, and always smiling. Be careful! This bar is always crowded, make sure to come early!

You can find where to eat next, here.