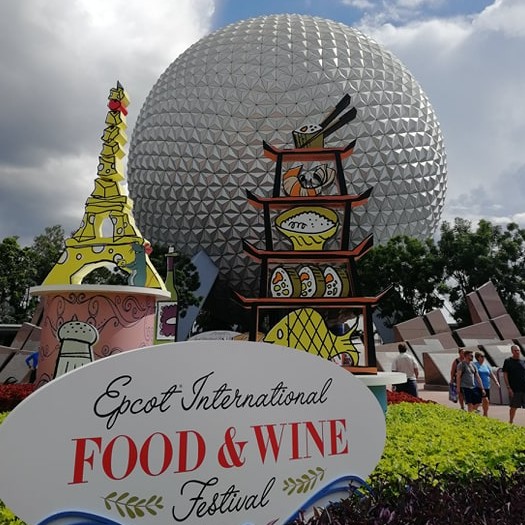 Notes from a big country

I think it is time to tell you more about my experience in the United States and with american culture with some examples of typical behaviors you can encounter, while working in Walt Disney World. Let’s start a new category. About time huh?

Disclaimer:This article will be illustrated by this hilarious scene of Antman because 1) I love  Marvel. 2) This is a true-to-life scene. It could have been me. (All gifs come from tumblr, redbloggy or wordpress)

If the title of this article sounds like deja-vu to you, it’s because it’s also the title of one of Bill Bryson’s book. The author is pretty well known for his humor novels on England, where he lived for two decades, and United-States where he is from. Being an expat for so long allowed him to look at his country with brand new eyes and discover it all over again with a great sense of humor.

In “Cupholder revolution”, Brill Bryson describes the Americans’ love for their car and the comfort that come with it. It’s true. Cars are a necessity to go anywhere. Groceries? Check. Restaurant? Check. Work? Check. Airport? Double check. Or at least… Uber. It’s one of the things I really disliked in the US: to need one’s car to pretty much live. Without a car, you depend on someone else and you can’t do anything. Castmembers ( How Disney employees are called) have the chance or the opportunity to take the bus to go to work, to the parks or any everyday necessity place (Post office, Walmart, Publix etc.) but if you want to go anywhere else, you’re pretty much on your own, walking. Or, well… There are not a lot of infrastructures for pedetrians in the US, from what I saw in Florida. From crosswalks with multiples red lights to big avenues where crossing means dying… car is a necessity for security. Or comfort? Laziness?

In “Slight Inconvenience” the author explains that Americans love only one thing more than their car : their comfort in it. Americans loves to be helped and cherishes (he uses the term “assisted ease” in this chapter). It shows from the superstore clerk helping you packing your bags (one or two items by plastic bags, a nightmare for ecology) to seat heating system, a car parking itself or…scooters. Scooters, also fondly called “fat-mobiles” by french castmembers at the French Pavilion (the french quarter in Epcot, I’ll tell you more about that soon.). They are mid-futurist mid-retrograde devices that some clients use. Call that the stroller syndrom. (You’ll see by yourself, american kids are either in stroller until they’re ten years old, their legs hanging out of it, or running in a leash. Yes, a leash, you read me right.)

Usually used for health problems, especially for seniors, scooters also seem to be used in Europe, I have seen a few in England already. The problem with these “fat-mobiles” (let’s appreciate the international fatphobia of our french coworkers and the upcoming lawsuit from Batman) is that there are everything but convenient. For anyone. They’re massive. Imagine those parked in front of a restaurant or an attraction. They are also really loud : first time I heard one backing up I thought a fire alarm went off. I alsmot let the sandwich I was serving fell. True story. They are also sometimes “overused”, Americans can be very stubborn – or maybe I should say determined – et it’s not a queue with a few sharp turns that will scare them. Even if it means getting stuck into the security cordons, block everyone in front of the display, mid-rush hour. What is most frustrating is seething the guest getting up withtout a problem to pay the bill. Or when a limping grandma comes to us while her grand-child plays on the scooter. Who needs it more?

Today, we will also speak about choices. Or at least the infinity of possibilities on North Americans stores. In France – or let’s exaggerate and say Europe – you have several flavours of chips or chocolate. But it is nothing next to what you can have in the United States. It’s what Bill Bryson refers to in “Enough Already” where he wants to order a coffee at Starbucks which is way more complicated that what he remembers. He suffers a long questionnaire on the cream he wants, the size of the cup, the type of milk he would like, which cocoa, sirup, cinnamon he prefers… When he just want, a plain, bland expresso. Americans love to have a choice. They also love samples. Do you think we do a lot of free samples at Disney?

You get it. We used to have around fifteen-something flavours at the l’Artisan des Glaces. And it was also incredibly frustrating for guests not to be able to try everything. Usually, we faced excessive reactions, most deserved an Oscar. Guests would open their eyes wide, mouth open, and let slip a “oh wow”, as if insulted them. We also heard a lot of “but it’s a life matter decision” or “How can I know/choose if I don’t taste?”. Sometimes buying a five-dollar scoop is harder than choosing a house, you see. And it seems that most guest never tasted one of our flavour in their everyday life. Did you ever encounter raspberry or coconut?

Bill Bryson refers to this phenomenon in the chapter “Uniformely Awful” where he tells his love for european chocolate, french, swiss, belgian…with taste and textures far from the tasteless american chocolates, that are no treat for his palate. He also explains that most Americans prefer going to an international junk food chain rather dans going to a local restaurant that would serve the same type of food. It’s comforting and it’s all bout feeling safe. It is the same thing with ice cream! Kids and parents alike tend to choose classic flavours : vanilla, strawberry, chocolate… withtout getting adventurous with mango, cinnamon, gingerbread… and it’s too bad. Americans don’t like what they don’t know. One of the main debate subject was the “Peanut Candy” flavour, a kind of french burnt peanut chocolat fudge ice cream. But praline isn’t really well known there and see red in a chocolate flavored ice cream… can be confusing. Most changed their mind for another flavour with a disgusted face, would stip when we gave them their ice cream waffle cone. They would also swear it was not what they ordered and we would say in a single breath “yes, this is the peanuty candy, it’s only red because on the candy around the peanut”. But it was like fighting a lost battle.

Don’t get me started with the sprinkles french people don’t use on their ice cream which is a huge shock for parents; or the white flavour with chocolate chunks that is neither cookies and cream not chocolate-vanilla but mint without artifical color (I mean you would have to read the sign to know this). Imagine the life-changing information of knowing that for Europeans, gelato and ice cream is the same, because it is the same word in a different language. Italian, for the matter. But it seems that it is not the case in the US, something about a percentage of milk or cream that would impact the smoothness of the ice cream. Or… gelato. A never-ending debate. And the fact that Sorbet exists…mind-blowing.

Another thing Bill Bryson refers to is most Americans’ impatience. At the cashier, some guests would throw their card at us withtout letting us entering what was on their plate in the system first. A “hello” was usually replaced by a “ham and chesse croissant” and a “how you doing” isn’t supposed to get a response. They are not used to use payment devices themselves let alone use their pin code if they can’t swipe. (Disclaimer: if you go to France, we never use swiping cards. It’s not a thing. Using Contactless is already slowly becoming a new habit.) I can’t recall how many cancelled transactions I had to re-do because clients took out their cards wayyyyy before the transaction was accepted. Some are so much in a hurry that they don’t listen to you, rip the receipt themselves out of the cashier, almost getting out without paying. Abstract from a surreal dialog “Do you have 33 cents by any chance?” “No, thank you.”

It seems that I whine a lot but most guests are nothing but love. However, it is easy to identity core behavior and to generalize. This is what Bill Bryson does: recognize cultural contrasts with wit and explore them so we can all have a good laugh.

Me whenever I get in trouble for this article :

Highlight picture : What a better way to illustrate a cultural subject than with a picture of Epcot and its World Showcase? It’s a small world, after all. 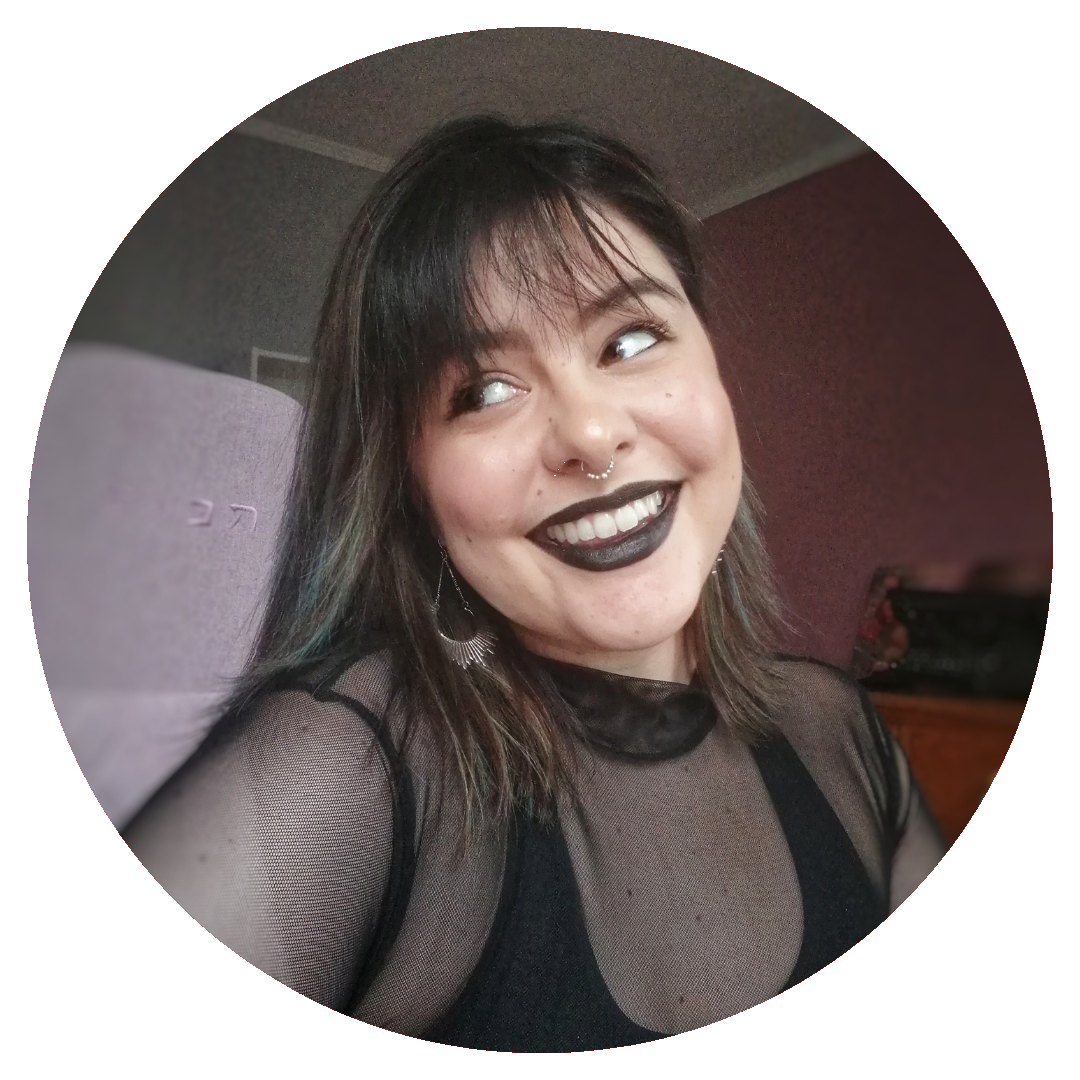